PayComm The Knowledge Library of the Payment Industry

The board members serve a two year term, and can be re-elected.
The Board votes on the acceptance of new members.

Currently the members of the board consists of:

25 Years in the Card Business

In 1992 Michael Hackel-de Witt started in the card business with Lufthansa AirPlus. As a system analyst in informatics, he was the project leader for various projects in the area of issuing and acquiring: Introduction AirPlus VISA, installation of the AirPlus acquiring platform, migration to a new processing platform, change over from Eurocard to Mastercard, to name but a few.

After having been responsible for various processing systems and the daily handling in informatics, Michael Hackel-de Witt changed internally to the functional side in 2006. As Executive Director he is since then responsible for the daily processing to the full extent. Since this time he is also the official representative of AirPlus for PayComm.

From 2013 to 2018 he was additionally in charge of the demand, project and portfolio management within AirPlus, controlled together with his team all important outsourcing and ensured a smooth operation of all product lines.

Michael Hackel-de Witt started his professional career 1985 at Hoechst AG as a mathematical-technical assistant. Parallel to his work, he obtained the Master Degree in Computer Science from the Hochschule Darmstadt in 1991. 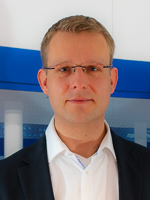 Since 2008 Lars Schweigel is the Manager Technology (CTO) at WEAT responsible for the operation and further development of the technical network. He was nominated as Managing Director in November 2019 leading the IT department as well as product and market management.

Lars Schweigel has been working in the card business since 2003. Until October 2007 he worked as project manager at CCV-Allcash. In November 2007 he started working for the network service provider WEAT.

Within WEAT he established the areas of project management, IT coordination and software development. Today he is responsible for the production of more than 300 million card transactions per year.

With regard to the PayComm Association, Lars Schweigel appreciates the open and familiar communication within the industry and the well-structured and quality-assured documents.

More than 20 Years of Passion for Payment Solutions

Christian Schmitt started his career in the payment industry with American Express in 1990. During 10 years he occupied different sales positions and at the end he was Sales Manager for Strategic & Key Accounts.

In 2000 he moved to card.etc as Member of the Board  responsible for acquiring partners and strategic partnerships.

Since 2002 Christian has been working with First Data GmbH. As Vice President Financial Services he is now in charge of the issuing and acquiring business in Germany and Switzerland.

The PayComm knowledge data base has always been an important source for professional know how. 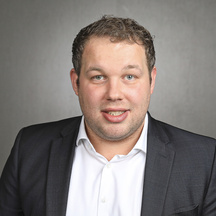 More than 10 Years IT Know-How for Savings Banks

After different positions in product management devisions for document management, office communication, and credit systems, he moved 2011 into card business to build up the new „card-processing“ department at Finanz Informatik.

After 9 years with different topics in credit card and debit cards, he is today Head of the card-processing division and responsible for the credit cards topics at Finanz Informatik.

Since 2012 Patrick is the member representative of Finanz Informatik at PayComm e.V. Since then the PayComm knowledge data base is a steady high quality asset for his project work.