PayComm The Knowledge Library of the Payment Industry 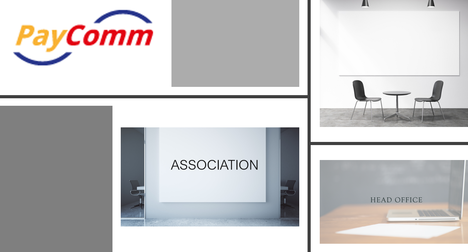 relating to payment methods used on the European market, and brings together companies and individuals with a common interest in this topic.

The decision to keep PayComm e.V.’s organisational structure as lean as possible was already taken at the time of the association’s formation.

It has just two decision-making committees, namely the:

PayComm’s members decide on the association’s future strategic alignment at Assembly Meetings which are held at least once a year.

Under the association’s Statutes, a four-member Board is elected once every two years to implement the future strategic alignment.

The Assembly Meeting is responsible for decisions of strategic relevance for the association, and for the relevant annual budget.

The Board decides on accepting new members.

The currently elected Board Members are:

More about the PayComm Board

The database is maintained by the Editorial Office, managed by Stefan Schneider.

More about the PayComm Editorial Office

The Advisory Board, which serves as an autonomous committee for PayComm e. V., is responsible for quality assurance.

More about the Advisory Committee

The underlying Statutes of PayComm e.V. can be found in the following document.